Isn’t advocating legal rights for nonhuman entities a bridge too far? Aren’t we better off working existing channels to protect the environment?

Yeah, I was waiting for that question. There are probably a bajillion different ways of answering that objection, but for purposes of an FAQ let’s distill them into three different kinds answers: an emotional one; a philosophical one; and a technical (legal) one.

The emotional argument says that advocating for better environmental regulations–or better enforcement of the ones we already have–is akin to the early opponents of the abolitionist movement who argued that the better way to improve treatment of slaves wasn’t to abolish slavery but rather to enact better laws to protect slaves from excessively cruel treatment. Whether we want to admit it or not, we have enslaved the natural world to our current system of economics, justifying and legalizing the endless extraction of resources in the name of progress and production. From such a position of subjugation, the environment will never stand a chance against the forces behind our systems of politics and economics. So as long as we continue to allow the environment to be enslaved in this manner, we’re just polishing the brass on the Titanic. Environmental laws will remain mere window dressing that do little more than keep environmentalists busy pushing paper and canvassing for signatures. Indeed, as one commentator has ruefully acknowledged, “The only thing environmental laws regulate are environmentalists.”

The philosophical argument goes like this: the very asking of the question proves that granting rights to nature is absolutely necessary because the question itself belies the fact that we operate from a mindset of colonization. Our system of government, and the English Common Law on which it is based, evolved over centuries in such a way as to facilitate the production and concentration of economic wealth. More to the point, our system of laws developed to support the extraction of resources from the colony and send those resources back to the Mother Country. Actions that subjugated the local economy of the colonized region and elevated the economy of the colonizing country were legalized; anything that worked against the interests of the colonizing country was criminalized. Fast forward to 21st Century America, and it’s no wonder that environmentalists protesting some sort of resource extraction or ecosystem destruction are labeled criminals and charged with trespass (or worse). Accordingly, the only way to upend this system in which we have permanently colonized the natural world is to give Nature the rights of a citizen–to render Mother Earth ineligible to be exploited in this way. And the fact that we continue insisting that doing so isn’t necessary only reinforces the notion that this mindset of colonization is so firmly entrenched in our Western psyche that we don’t even see it.

And the technical (legal) argument(s) come down to the concept of “standing,” that is, the legal determination of when someone has a right to bring a lawsuit against another person and to seek the redress of his or her proverbial grievances. That Nature does NOT currently have standing is one of the most powerful tools working in favor of those who exploit the natural world. Every time a group of humans attempts to intercede on behalf of some aspect of the natural world that is being overly-hunted, bulldozed, or otherwise polluted, they have to turn themselves (and their legal argument) into a pretzel to show how they–the humans–are also being harmed by actions in question. So it is all too easy for the defendant polluter to have the case dismissed because the humans aren’t actually being harmed and so don’t have standing, and the aspect of Nature that IS very clearly being harmed doesn’t have standing either because it doesn’t have rights. And so the story repeats itself over and over again. Granting legal rights to Nature is the fundamental, essential step we must take before our legal system will ever treat Nature as something to be respected rather than systematically despoiled.

You say the concepts of the Rights of Nature and Community Rights are inherently linked–how?

Conceptually they’re linked because each time the environment is despoiled, it’s happening in someone’s backyard–whether it’s sewage sludge being dumped on rural farmland in the Eastern U.S. or oil drilling and development happening in the traditional hunting grounds of Native Americans in Alaska. It’s a constant reminder that what befalls the environment befalls someone, somewhere. Our communities are inextricably linked to the land on which they are situated and the water on which they depend.

Legally-speaking, the rights of Nature and community rights are linked because the same system of laws that prevents us from passing meaningful environmental laws–laws that actually prevent pollution, not just manage it–also prevent local communities from having their laws respected by economic interests that want to exploit whatever resource is available in a particular locale. The Doctrine of Preemption (and other similar, judicially-made law) prevents local governments from doing anything that state and/or federal laws disapprove of.

And finally, the future of the environmental movement–a rights-based movement–starts at the local level. It starts with individuals acting within their community to pass laws recognizing the rights of Nature within the borders of their community. On the one hand, the concept of ascribing rights to Nature is a massive, heady, and highly theoretical issue. On the other hand, however, it is so much more pragmatic and immediate than raising money to fund lobbying efforts related to this, that, or the other environmental campaign. Indeed, the heart of a rights-based movement starts in each of our own backyards. All we need to do is take action in our own communities.

PrevPreviousDancing with the Devil: A Founder’s Guide to Working with Legal
NextA Rights-Based Approach to Protecting the Southern Resident OrcasNext 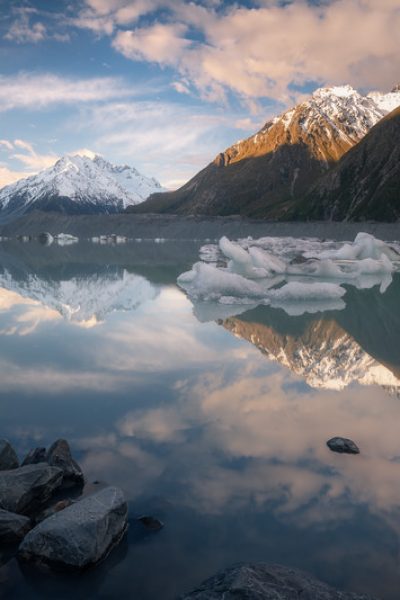